DARK MAGIC: THE COMING AI REVOLUTION AND HOW TO PREPARE YOUR KIDS FOR IT 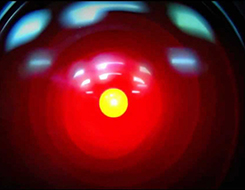 The earth shook in November of 2017 and no one noticed. One of the most cataclysmic milestones in human history passed quietly that month, but unlike other watershed achievements (inventing the printing press, discovering electricity, perfecting the steam engine, then the internal combustion engine, or splitting the atom, for example), this most recent one evoked few superlatives, occupied no front pages, led no news reports. On the contrary, it was regarded by the media as a curiosity, a human interest story akin to the video of the squirrel who water skis behind a toy boat. But the world shook, nonetheless.

After reigning as the five-time world computer chess champion (and three-time runner-up), Stockfish 8 – which was accustomed to defeating human and computer foes soundly – got thrashed. It wasn’t even close. This open-source software program that had enjoyed the combined knowledge of scores of the world’s best human chess players, thousands of tweaks by interested programmers around the world, tens of thousands of uploaded and analyzed chess games played by masters over the past century, and a decade of playing against itself to experiment with various openings and positions was trounced.

Alphazero, a program designed by Google to learn from itself, defeated Stockfish with an astounding record of 28 wins, 72 ties and zero losses. (Imagine a young man picking up a basketball for the first time after lunch, then defeating LeBron James one-on-one 28 times without a single loss before dinner.)

Why is this outcome so astonishing? Because Alphazero was given no input at all beyond the rules of the game. Starting with a blank slate, it amassed enough expertise to throttle the defending world champion after only four hours of self-learning! Alphazero programmed itself far better in a few hours than countless humans could employing years of great effort. The implication is simple: human input was so far outclassed by the new machine as to render our contributions a net negative. Very soon, human beings will have very little to offer. The ramifications of this fact are staggering and the world will never be the same. This genie is never going back in the bottle.

There are many definitions of artificial intelligence, but I’ll share with you my simplistic one: artificial intelligence is software that can write its own updates. Alphazero updated its own software millions of times in those four hours and – starting from zero – reached superhuman capabilities in minutes. The danger is not (science fiction movies notwithstanding) that these machines will arm themselves and rule humans with an iron (and silicon!) fist. I don’t believe this will ever happen (though many smart people disagree with me), because no matter how smart a computer may become, it still has no idea that it even exists. It lacks self-awareness. It will do precisely what it is programmed by its human creators to do. Besides, you could always pull the plug, couldn’t you?

The real dangers of artificial intelligence are threefold:

YOUR JOB MAY BE TERMINATED

Hundreds of millions (perhaps billions) of human beings will be replaced in the workforce by robots in the next 20 years. Up to half of jobs will cease to exist. New jobs will be created, to be sure, but few people will be qualified to occupy them. During the industrial revolution, a farm worker who had been displaced by combines and harvesting machines could always get a job on the assembly line putting tires on tractors. After the automobile was invented, buggy drivers could be quickly retrained as taxi drivers. But cooks, patent lawyers, cashiers, bookkeepers, soldiers, librarians, translators and telemarketers who are replaced by robots will probably never be able to build or program robots. The required leap in knowledge and skill will be too great. We run the very real risk of having a billion or more people out of work without any real prospect of ever having a job. Not merely unemployed, but obsolete.

YOUR VALUES MAY BE TERMINATED

AI will reflect the biases of the programmers. The real danger of AI is not that it will defy its programmers and rebel, but that it will execute orders rigidly. Suppose you are riding in a driverless car when a little girl runs in front of you. In a millisecond your car’s computer calculates and weighs your options:

• You can hit the child, with a 70% chance of killing her, but you will walk away unscathed.

• You can swerve left into the path of a church van filled with seniors, likely killing the driver and two or three passengers, while sending you to the hospital with serious injuries.

Do you really want a robot to instantaneously drive you into the Ferrari with no input from you whatever? What if you disagree with the priorities of the programmers? Should the child, whose whole life lies ahead, be reckoned more precious than you? Or of a senior citizen? Or perhaps two senior citizens, since the bulk of their lives lies behind them? Wouldn’t you at least want to try to save everyone, including yourself? After all, the child might survive and recover fully. And should the value of the vehicles involved be factored in at all?

And whose priorities should the programmers install in your car’s computer at the factory? Should you get to choose via a questionnaire before you purchase the car whether to save the child, the seniors or yourself in such a scenario? Are some cars saddled with the “Sacrificial Lamb Package,” while other buyers get to choose the “Selfish S.O.B.” option? Or should only VIPs be offered the self-preservation preference? And who gets to decide who qualifies as a VIP? One thing is certain: whatever the programmers decide when the car is built is exactly what the car will do every time.

YOUR ABILITY TO APPEAL MAY BE TERMINATED

AI will hide behind an impenetrable cloud. As computers reprogram themselves moment by moment in light of an almost infinite stream of data creating a staggering number of combinations, permutations, and possibilities, no human being will understand why it makes its decisions. College admissions will be granted or denied based on algorithms computed by inputting your age, socioeconomic status, grades, test scores, race, medical history, heredity, and many other factors cross-fertilized from exabytes of data amassed from around the world that no person could ever know, let alone understand.

Despite the computer’s original programming, it will constantly update and refine the algorithms in light of new information, perhaps millions of times every day. When your application to attend Stanford is rejected, whom will you ask why? The response from the admissions director will be, “We don’t know. The computer makes those decisions based on who is statistically the most likely to succeed.” When you’re rejected for a business loan, no one at the bank will have any idea why. There will be no one to persuade, no loan officer to impress, no vice-president to believe in you and give you a chance to succeed because you “seem like an enterprising, honest, hardworking individual.”

I have a good friend who’s been looking for a job for a couple of years. He has a strong resume, an advanced degree, and some eye-popping credentials, but has applied for hundreds (not an exaggeration) of positions without results. He suspects that no human being ever sees his resume. Some mysterious set of parameters (called ATS, the “Applicant Tracking System”) established by unseen programmers behind the scenes discards his resume before a pair of human eyes can ever see it. He can’t even show up and demand a face-to-face interview for many of the positions, because the company or department seeking to hire is hidden behind a shroud of cyber-anonymity.

THE TERMINATION (OF THIS BLOG)

A new world is coming, and I fear the tsunami it spawns will engulf millions, especially the young. Those who do not prepare themselves by getting a strong education and choosing a career unlikely to be automated may find themselves completely outclassed and irrelevant before their 30th birthdays.

Jobs that are going away fast:

Drivers. Self-driving Ubers and Semi trucks are already on the road and will be ubiquitous in a few years.

Cashiers. The Amazon Go stores feature no human employees on the floor. Five outlets are already in operation and 3000 more are planned.

Construction Workers. Robots are being tested and can already build an 800 square foot home in 12 hours for about $4000. They’re actually being 3-D printed out of solid plastic, complete with all of the holes needed for wiring and plumbing. Robots can lay bricks perfectly in one-fourth the time it takes a human to do it, and they do it better, and don’t go home at 5 PM.

Bank Tellers. You already execute most of your transactions online, don’t you? The ATM was only the beginning.

Inventory managers. My printer already orders ink automatically when a particular cartridge gets low. It sends me the color(s) I need a week or two before I need them. Entire businesses will handle inventories this way in the near future.

Shelf-stockers. Robots in Amazon warehouses know where every item you buy is located. They retrieve it in minutes and bring everything you order to a central location where it is packed and shipped. For now, at least, the packers are still human.

Soldiers. Why send your son or daughter into harm’s way when a robot can do the job better and faster?

Insurance Underwriters. Computers do it better and in a fraction of the time.

Stock brokers. Remember when scores of harried men stood on the floor on Wall Street with paper in hand shouting their bids? Now financial decisions are made by algorithms and stocks can be bought and sold in a matter of tenths of a second.

Do I really need to go on? It would be a very long list.

Nurses. Some doctors and surgeons will be replaced by robots, but a nurse’s touch will always be in demand.

Teachers. A robot can give a lecture, but parents will always want a human being in the classroom.

Trial lawyers. While many patent lawyers will be replaced, we’ll always need Perry Mason to advocate for us before a jury.

Artists. At least for now, robots’ attempts at writing music and painting beautiful pictures are mediocre, at best.

Computer systems managers. Someone has to maintain these things.

ARTIFICIAL INTELLIGENCE IS A FORCE TO BE RECKONED WITH. We must insist that our kids prepare themselves by taking their education more seriously than ever before. Be sure to warn your kids that they must study hard, go to college, and choose a profession that requires human input.