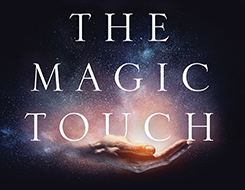 WOW-manship: The Art of Dazzling Your Customers (Part II)
By Billy Riggs

An entire industry thrives around delivering customer satisfaction. Yet, satisfaction doesn’t win you any brownie points. To be sure, a customer that is dissatisfied is unlikely to return unless you have something else going for you, like really low prices or very convenient location. In a purely binary choice between satisfied customers and dissatisfied ones, the former is clearly better. But there is a third option: you can set yourself utterly apart from your competitors by wowing your customers. You can enthrall them with kindness, cheerfulness and efficiency. You can dazzle them by doing more than is expected or by delivering your product or service with a flair. The goal must be far higher than just satisfying patrons, for no one walks away from such an encounter and eagerly calls a friend to recount the story of how they were “satisfied” with their experience. You want those who do business with you to be blown away.

Years ago I was invited to be the luncheon speaker for a convention on Hilton Head Island, South Carolina. In those days, before the completion of a major highway from Interstate 95 to the island, Hilton Head was a 50-minute drive down serpentine back roads through the bayou of South Carolina from the nearest major airport in Savannah, Georgia. My schedule required that I fly into Savannah late Friday evening, and I was hesitant to make that long drive down unfamiliar, unlit roads in the dark. I elected, instead, to find a motel near the Savannah airport, spend the night there, and make the drive over to the speech venue after daybreak the following morning. I went online and found a cheap motel (my client was on a very tight budget) near the Savannah airport, and even went to the extreme of pre-paying the non-refundable rate to lock in the lowest possible charge for my customer. I arrived on schedule in Savannah at about 10:00 p.m., rented my car, and drove to the motel. It was closed!

Note that it was not closed down, it was merely locked up for the night!?!? A sign on the door explained that the office closed at 10:00 p.m. and would reopen at 5:00 a.m! Thus, I was standing in the dark with a prepaid receipt in my hand for a room I couldn’t use. I was fit to be tied. I drove to a nearby gas station and asked for advice. The clerk recommended that I try the Fairfield Marriott hotel, which was also near the Savannah airport. I drove there and found, of course, that it was open 24/7. The lady behind the registration desk was pleasant and efficient. The check-in process was smooth. The room was clean and comfortable. The continental breakfast the next morning was fresh and tasty. My entire experience at the Fairfield Marriott was a good one. I drove the Hilton Head, delivered my speech, then headed back to Savannah for my flight home. It was during that drive that I made a resolution in my heart. I resolved that if ever I returned to Savannah, I would stay… where? It’s not what you think. I didn’t decide that I would return to the Fairfield Marriott, though they were certainly good. Instead, I resolved to stay anywhere but that first motel! In fact, I have returned to Savannah at least half-a-dozen times since then and I’ve yet to return to the Fairfield Marriott.

You may wonder, “Why wouldn’t you just stay at the Fairfield Marriott? They were good!” Here’s the answer that lurks (though unspoken and perhaps unconsciously) in the mind of every customer: because it’s also good at most other places! Service is also good at the Hampton Inn, the Drury, the Courtyard Marriott, the Hilton, the Hyatt and the Westin. It’s usually good at the Holiday Inn or the Best Western, too. And if it’s good almost everywhere, being good isn’t good enough. If it’s good everywhere, I’m going to choose the place with the lowest price or the most convenient location. To succeed, you have to be better than good. In fact, you have to be so much better that you make an unforgettable impression on the customer than lingers in the memory and makes people want to tell others of their experience. Here is a hard, cold dose of reality: good customer service doesn’t create customer loyalty. It just prevents hostility. Good customer service is no longer much of a competitive advantage; it is the price of entry into the marketplace. Good customer service is the norm. It is expected and it will be immediately forgotten. There are only two types of customer service that people remember and respond to: fabulous and bad. Everything in between disappears down the memory hole into oblivion within a few minutes. The only customer service experiences you remember are those with people you know or that evoke emotions, whether good ones or bad ones.

During my speeches on customer service, I frequently ask audience members to raise their hands if they’ve eaten at a new restaurant (new to them, I mean) in the past few weeks at which they determined the service to be “good.” About a fourth of the audience typically responds affirmatively. I then instruct them to leave their hands in the air if they now regard themselves as loyal customers of that restaurant. Almost every hand immediately goes down, proving my point. Good customer service is rarely rewarded.

The only type of service that engenders customer loyalty is the type that wows, a moment of pure magic that shimmers in the memory and injects a powerful shot of endorphins the way your first kiss did. It stands out in the mind because it was so completely unexpected, above and beyond the norm, so different. (To be continued)

Learn how Billy Riggs can teach your people how to provide Positively Magical Service here. Or call 512-750-6339.