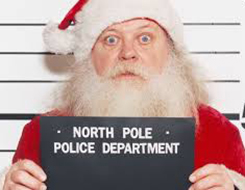 Years ago I watched myself on videotape performing a very difficult sleight of hand move onstage. It’s a part of a routine in which scores of playing cards seem to appear at my fingertips from nowhere then vanish again. At one point, I show the audience both sides of my right hand, attempting to move the cards unseen from my palm (while showing the back of my hand) to the back (while displaying my now-empty palm). It’s quite difficult to do and even harder to get away with. If I get the angle or timing even slightly off, the audience will see a flash of the card. As I viewed my own performance on tape, however, I noticed a curious phenomenon: at the precise moment I turned my hand over – as I secretly moved the card to the unseen side – I closed my eyes. It was brief, but not fast enough to be written-off as a legitimate blink. I’ve since confirmed that I do this every time I perform that particular move. And I know why I do this. I’m trying to convince myself that the card is invisible to the audience. I needed to “know” that the audience was being fooled. The conclusion? I don’t want to know the truth, because I might not like it. I close my eyes or look the other way to avoid reality. For this same reason, I’m tempted to deliberately delay getting my cholesterol checked. I find it easy not to weigh myself when I’ve been undisciplined in my eating or exercise. After all, it’s much harder to hear a fact and then try to explain it away than it is to just avoid hearing the fact to begin with, isn’t it? I think most of us are that way. But truth has value and must not be avoided.

I’ve always found it strange that exposing fraud is sometimes regarded as a dirty business. For more than 35 years I’ve demonstrated that many techniques used by so-called mediums, fortunetellers, faith-healers and their ilk are simple magic tricks, some of which can be purchased in any magician’s supply store for under $10, yet I’m often regarded as the bad guy simply because I reveal the truth. People regard me as a Grinch who stole Christmas or a cynic who gleefully crushed a toddler’s belief in the Easter Bunny. I get it. Years ago I lost several thousand dollars in an oil well scam. The FBI raided the place and eventually returned to me about a third of my investment. Strangely, though, upon introspection I find that my inner anger over the whole affair is directed at the FBI(!?!) for crushing my dream of lifelong passive income, not at the creep who was eventually convicted of the crime. I can’t help thinking that perhaps it wasn’t a scam at all. Maybe if given a few more weeks, the oil would have begun to gush. I know it’s irrational, but I can’t help myself. Consequently, I’ll understand if you can’t help disliking me a bit for similar reasons after reading my blogs. Undaunted, though, I continue my unappreciated quest to expose the ways in which we all consciously or unconsciously deceive ourselves.

I’ve tried repeatedly through the years to reason with really smart people who nonetheless believe in astrology or Ouija Boards or Feng Shui or the New Age Movement. I’ve marveled that people spend good money to visit Sedona, Arizona because they feel spiritual euphoria when in close proximity to the “vortices” reputed to be there. (No doubt, if you were to blindfold them and take them to a hilltop outside Auschwitz they would experience those identical sensations if you told them they were in Sedona.) I shake my head in frustration over people who still believe John F. Kennedy was killed by someone other than Lee Harvey Oswald, or that the moon landing was faked, or that Area 51 conceals frozen alien corpses, or that the Twin Towers were deliberately imploded by pre-planted explosive charges. And what about people who oppose nuclear power while simultaneously demanding that the whole country go green? Or seriously argue that dolphins and whales are smarter than human beings (I wonder how well Flipper would do on a calculus exam!)? Or predict the end of the world, turn out to be wrong, then just shrug their shoulders and reschedule Armageddon? Or who decry “Frankenfoods” (GMOs, genetically modified organisms) despite the fact that they have fed billions of people who might otherwise have starved? And why doesn’t it bother Benny Hinn that he’s spent 35 years slapping people on the forehead and shouting “Heal!” yet no one has ever been provably healed?

By now, I’ve offended almost every one of you and I’m really sorry. I don’t want to make anyone mad. I’m a really nice person and I just want to keep people from getting conned and fleeced, from wasting their money or their time, or from clinging to false hopes (especially when actual remedies are available elsewhere). I want to help people enjoy comfortable lives and secure retirements instead of having wasted their money on bottled water that’s usually no cleaner than tap water (yet is often more expensive than gasoline), or alternative “cures” that rarely help, or “psychics” who can’t even predict which shirt they’ll wear tomorrow.

If fortunetellers can really see into the future, why didn’t they buy Dell stock in 1988?

If phone psychics were really psychic, wouldn’t they call us? And why do they ask you which credit card you’ll be using? (Don’t they know?)

In early 1998 the Psychic Friends (television) Network filed for bankruptcy, stating that its assets were only $1.2 million, while its liabilities totaled a whopping $26 million. Why didn’t even one of them see that coming?

If faith healers could actually heal people, wouldn’t they go to the oncology ward of Johns Hopkins or M. D. Anderson or the Mayo Clinic and send stage 5 cancers scurrying into remission? And have it filmed and documented by 60 Minutes or 20/20?

If astrology has any validity at all, why don’t you already know the time of year in which your acquaintances were born without asking them? Wouldn’t you be able to tell by their behavior or personality?

If miracles in the natural world actually occur, why hasn’t even one of them been recorded? Car wrecks occur unexpectedly in a mere fraction of a second, yet thousands of them have been caught on video by smartphones and security cameras. Why not a bona fide miracle? A sword-wielding angel 800 feet tall appearing in the nick of time to protect a city from attack? Or a tsunami stopping in its tracks at the beach then turning back? Or a mugger being inexplicably pinned to a wall while his prey escapes unharmed? Or a quadruple amputee sprouting healthy limbs? Why do reports emerge only from remote parts of the world where they can’t be documented or refuted?

If psychic power really exists, how can Las Vegas exist? Wouldn’t anyone with any ability to foretell the future even 20% better than the rest of us bankrupt every casino there in a month?
If organic foods are really better than conventionally-grown crops, wouldn’t a blind taste test reveal this? (It never does, unless the test is rigged to compare well-grown organics only against poorly-grown conventional vegetables and meats.) Wouldn’t chemists be able to easily prove that such plants or animals contain more nutrients? (They don’t .)

If 9/11 was really an inside job, don’t you think one of the participants in the conspiracy would have spilled the beans to the National Enquirer by now for $250,000? Or written a tell-all book for a million-dollar advance? After all, there would have to be scores of people involved to pull this off, not to mention the hundreds of witnesses who would no-doubt have seen trench-coated men in dark sunglasses engaging in suspicious behavior in the days before the attack. Wouldn’t someone have said something?

If Area 51 really contains evidence of alien life, wouldn’t some credible scientist or soldier or security guard or custodian or AC repairman or U.S. President of one party or the other come forward with photographs or video to reveal the truth during the past several decades?

The sad truth is that lots of people (dare I say most?) really don’t want to know the truth. Most of us prefer to live in a world filled with mystery, unseen forces, ghosts and esoteric truths revealed only to a few. Alas, such a world doesn’t exist. But when I point this out, people rarely thank me. They instead view me as though I’d stolen Santa Claus. They feel I’ve somehow robbed their lives of meaning. I don’t mean to do that. I want your life to have meaning, but it ought to be a true meaning, shouldn’t it? I think reality is better than illusion.