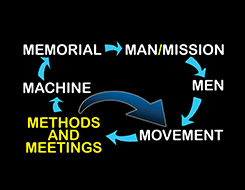 Every philanthropic organization (and many companies, too) tends to trace a predictable arc from its birth through its apex to its eventual obsolescence (but not necessarily death, and this is often unfortunate). Like a toy rocket, great movements tend to launch rapidly, build momentum, then lose it and fall back to Earth. In September, 2016 I spoke before 2500 leaders of Lions Clubs from across North America and addressed this very challenge and to provide a means of resisting the gravitational pull of cynicism, apathy and loss of focus. (Watch an excerpt of that speech here.)

Great movements usually begin with a single individual who is passionately committed to a mission.

STAGE 0 – THE MISSION – A great unmet need exists. The organization does not yet exist in any form other than as an awareness of the need and an idea of how it might be met.

STAGE 1 – THE MAN (or woman) – A single individual catches fire with a vision to fulfill that mission. For the Methodist Church it was John Wesley. For the Lions Club it was Melvin Jones. For women’s suffrage it was Susan B. Anthony. For civil rights it was MLK. For Microsoft it was Bill Gates.

STAGE 2 – THE MEN (or women or people) – The founding visionary imparts the urgency of the mission to a group of people who catch fire with it and devote their lives to the cause. (Please forgive the masculine pronouns, but… they start with an “M,” unlike Woman or Women or People. :-))

STAGE 3 – THE MEETING – The visionaries begin to gather on a regular basis to discuss and fulfill the mission and to recruit and train others to do the same.

STAGE 4 – THE MOVEMENT – A great groundswell of enthusiasm and passion begins as more and more people internalize the mission and adopt it as their own cause.

STAGE 5 – THE METHOD – Together these impassioned people devise and refine effective methods to achieve the mission. They create strategies, writings, videos and techniques that are uniquely theirs. (Think Mormons and young men on bicycles, or abolitionists and the Underground Railroad, or the civil rights movement and sit-ins and marches, or prohibitionists and their water wagons.) This is the most dangerous stage of the organization, for eventually the founders of the movement must die, retire or pass the torch to a new generation of leaders who are regular attenders of the meetings and are well-acquainted with the method but who may not be as passionate about the mission. Staff members are hired and facilities are constructed, and unless leaders are vigilant, the focus of the organization’s efforts subtly shift to raising funds to pay personnel and maintain buildings. The demands of the day-to-day operations allow less time and energy to fulfill the vision of the founders. The mission has now taken a back seat to the methodology. Unless reversed, this malady is terminal. As in humans’ most dreaded disease, stage 5 is almost incurable.

STAGE 6 – THE MACHINE – Eventually, the bulk of the organization’s resources are directed at maintaining the organization, not fulfilling its purpose. Staff members work passionately to build the biggest machine, the prettiest machine, the most-envied machine, but they actually produce very little. The machine’s plight is like that of a car with a dieseling problem. Such a vehicle sits in the parking lot sputtering long after the ignition has been switched off. It may look nice in the driveway, but it gulps down fuel and wears down pistons while creating no forward motion. The original mission is used as a window-dressing to provide an excuse, a pretext, to keep funding the machine. Unless an organization is very small, it is almost impossible to reverse this cancerous condition, for eventually it becomes quite difficult to recruit new people to replace the ones who die or move away. After all, who wants to devote their time and money to fuel and repair a machine whose only purpose is to sit there and run?

STAGE 7 – THE MEMORIAL – At this final stage the organization is little more than a museum displaying the relics of a once great movement, a mausoleum housing the ashes of a mission that no longer matters to the few who are left to supervise the whole pointless operation. The organization has no function other than to provide secure jobs for the bureaucrats who maintain it. The early founders are smugly sneered at as clueless idealists by the self-appointed sophisticates who remain. Indeed, those who once led the movement would be completely out of place in this alien place that still bears the original name but bears no resemblance to the movement they had begun. The original vision is now merely a slogan enshrined in a few boilerplate documents or inscribed on the cornerstone of the building. If not for those buildings, the organization would cease to exist for lack of interest, but the need to pay for its upkeep requires that staff continue to be hired decade after decade. But even here in the crypt, there hides a silver lining. For eventually some disgusted individual sitting among the ashes searching in vain for a live ember becomes disillusioned (As the world’s only DIS-illusionist, I love that word!), and he or she breaks away to start a new organization with a new name but the same original mission, and the cycle begins anew.

The most important duty of leadership is to resist the relentless pull of gravity that causes the organization to fall from the method to the machine phase. This is accomplished by ruthlessly and relentlessly preaching and pushing the mission as the purpose for which meetings are held and methods are staffed. Every event or meeting must be planned with the intent of furthering the fulfillment of the mission. Do that, and the movement will live on! 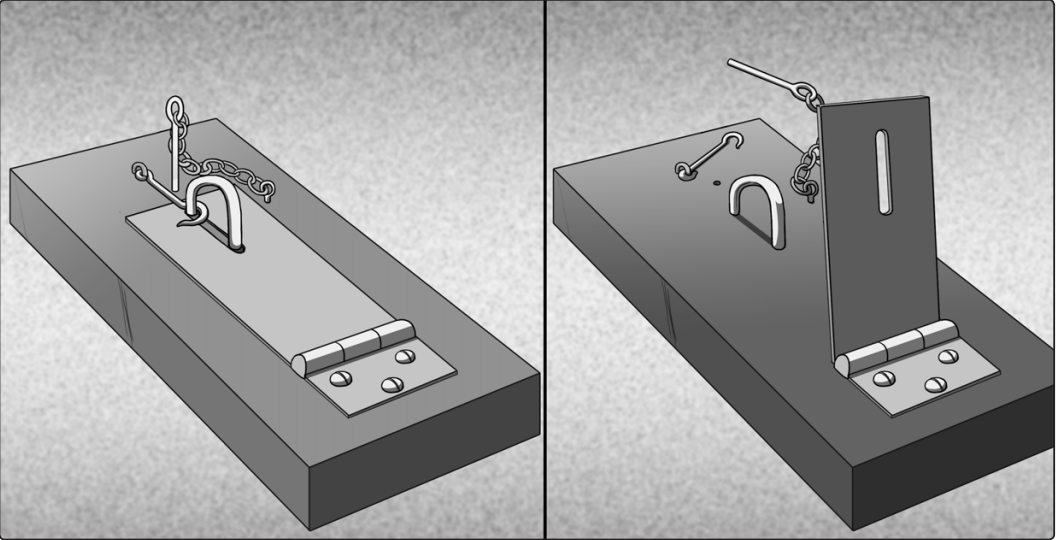